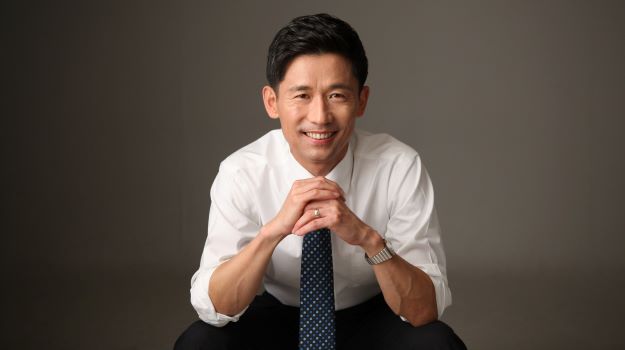 Yoo-Seok Hong, the newly-appointed CEO of D&D Pharmatech, has moved
between South Korea and North America eight times. In one two-year period, he
amassed one million frequent flyer miles. With business taking him throughout
North and South America, Asia, and Europe, he’s learned to adapt and appreciate
the nuances of a multicultural environment.

That wasn’t always the case. When he left South Korea for the U.S. for his graduate
degree in finance, “I was a bit overwhelmed,” he admitted. “I was a student,
married, and realized later I could have gotten more out of my business education
if I had come a few years later.” Much of the value of an advanced degree is in the
intangibles, and, at the time, Hong said he didn’t interact and explore as much as
he should have.

Subsequent experiences changed that. He was an experienced leader in Korea,
but a decade later, as district sales manager for Lilly’s sales team in Boston, “I had
to adapt my style and get to know people as peers.” The next assignment, an
international marketing leadership position for Lilly’s osteoporosis brands, had
him leading a small team that worked with the U.K., Spain, Germany, France, Japan,
Australia, Canada and Mexico. “That really broadened my understanding,” and led
to a position as general manager (GM) for Lilly Korea.

After a brief sojourn at Teva, whose business strategies he admired during his
tenure as the head of strategy of emerging market business unit at Lilly, Hong
joined GSK Korea as GM and eventually became president of GSK Canada.

“It was my first time leading a big group of people at the top of the organization in
a foreign country, and colleagues’ expectations were very different from those of
my colleagues in Korea,” he said.

For example, “In Korea, as president, in a business meeting you lead the
discussion, listen to everyone, make a decision, and everyone goes on as long as
you are making the right decisions. In the U.S. and Canada, people are very
curious about why I’m thinking a certain way, so it was important to share my
thinking as I was leading.” He also had to learn to read the distinct nuances of
body language in multiple cultures. “That makes leading a team more challenging,”
he admitted.

At the time of this interview, Hong was preparing to take the helm of D&D
Pharmatech.

“D&D is a relatively young company with a great team of scientists and leaders,” he
said. “My first priority, working with the leadership team, is to assess where we are
now and where we want to go, and to align the direction of the company to those
goals.

“We have an exciting pipeline that addresses significant unmet needs,” he said,
noting that D&D has dosed its first patient in a Phase I trial of DD01 for obese
patients with diabetes and non-alcoholic fatty liver disease. Its subsidiary, Neuraly,
is conducting a Phase II trial of NLY01 in Parkinson’s disease and is entering a
Phase IIB trial for Alzheimer’s disease patients. “As we see critical data coming in
during the next year or two, we’ll be better positioned to define strategies.”

Hong is conversant in pharmaceutical science, but it isn’t his first love.

“I got into the biotech industry through pure coincidence,” he recalled. “I was in the
second year of my business studies and was walking to the library with a
pharmacy student friend. She hadn’t had dinner and wanted to stop at a recruiting
reception for finger food.”

He went with her and ended up talking with the rep from Lilly, Marc de Garidel,
who later went on to become the CEO and the chairman of the board at Ipsen.
“He won’t remember that now, but that conversation piqued my interest, and I
joined Lilly as a finance guy. I spent two years in corporate finance roles in the U.S.
and then planned to return to Lilly’s Korea operations. Flying back, Lilly offered me
an opportunity in business development. I was curious and accepted it, but
thought I would be going back to finance afterward.

“My GM saw something in me that I didn’t see at the time. After two years, he
offered me a choice between a role as finance controller or as a small business
unit leader and what could lead to a GM career path.

“This time, I had to make a real career choice. It wasn’t an easy decision. If I took
this, my finance career was behind me. My entire commercial experience then
consisted of only three months of sales rep experience in New York. I also was
concerned about my lack of a strong science background,” he recalled.

After thinking about it, Hong realized his limited scientific background wasn’t
a critical barrier. He became conversant scientifically by taking the time to
understand the products and by working with the top scientists. “Don’t pretend
you know what you don’t, but data is data,” Hong reasoned.

By rising to that challenge, Hong began a 25-year commercial career that
eventually led to him becoming CEO of D&D Pharmatech.

The key focus throughout Hong’s life has been his desire for new challenges.

“Often, I went for the opportunity that had the most learning potential for me,
even knowing I lacked some of the skill sets,” he said.

“I still remember how much I struggled as a first-time sales leader in Korea, with
only three months’ experience as a sales rep back in the late ‘90s. Yet,” he said,
“I felt that was an experience I should be willing to pay tuition for!”

As he grew and took on increasingly senior roles, “Learning to understand and
navigate the delicate cultural differences and win the hearts and minds of your
people has been a challenge. However, those experiences helped me grow as a
leader and opened the door for more opportunities,” he said.

Hong can cite notable commercial accomplishments during his tenure at Lilly and
GSK, but, “I feel my biggest accomplishment has been identifying and helping grow
the next generation of leaders. As one of my former bosses said, ‘We are here
because someone took a chance on us. As leaders, it is our duty to look for the
next generation of leaders.’”

He aims to provide that encouragement to his family as well as to colleagues. His
personal goal, Hong said, is “to provide the opportunity and environment for my
family to pursue their dreams.

“Beyond my family, I want to be remembered as someone who has had a positive
impact on the people around me.” Notably, he stays in touch with some former
colleagues from more than 20 years ago. “The experiences we shared were
positive. I want to share the same type of positive impacts with the new colleagues
I meet at D&D.”

Some of those experiences have occurred on the links. Hong, an avid golfer, plays
with his wife who recently took up the sport. Thanks to COVID-19 lockdowns
(spent in Canada), “I picked up the guitar. Now I play 30 minutes a day.” He also
recently completed “a couple of very interesting Yale courses; one was about
international politics and the other was about anthropology/biology.”

Now, as CEO of D&D Pharmatech, Hong is heading back to Seoul, South Korea.
That nation’s biotech ecosystem has developed rapidly and has made significant
progress in the past decade, he pointed out. “There are strong companies in
Korea, and I’m confident D&D will become a truly global biotech in the coming
years.”